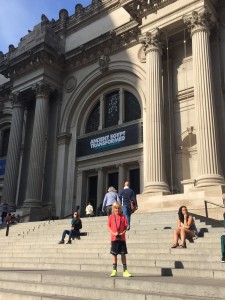 The Metropolitan Museum of Art

We went to the Metropolitan Museum of Art which is located in Central Park in the Upper East Side. It is huge, 2.2 million square feet!  I really enjoyed seeing all of the different types of art.  Some of my favorites were in the Modern and Contemporay wing such as Jackson Pollock, David Hockney, and Georgia O’Keeffe.  We went up to the rooftop cafe which overlooks Central Park and the buidings on the Upper West Side and also the Plaza Hotel.  For those that like the sculptures, the musuem has a large collection of Egyptian art.  If you like the Percy Jackson series, you’ll be able to see the sculptures that are in the books and movie. 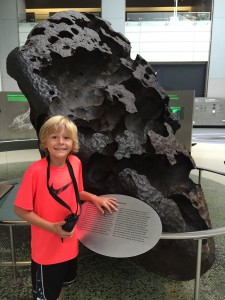 The Willamette Meteorite!!!! We live near where this was discovered 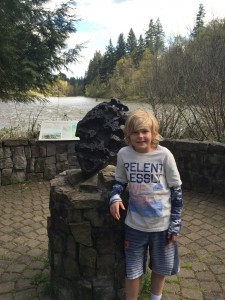 Last summer at the replica in West Linn, Oregon 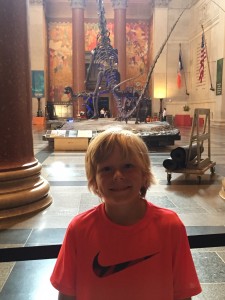 We left The Met and walked across Central Park to the American Museum of Natural History.  It is the setting for the movie “Night at the Museum.”  I really liked everything in the museum!  There is so much to see.  The Willamette Meteorite, the largest meteorite in North America and sixth largest in the world, was brought to the museum in 1906 and is one of the most famous meteorites in the world.  The museum also has one of the largest dinosaur fossils in the world. If you are in New York, you should definitely plan to visit both museums.

Have you ever seen “Night at the Museum”?

8 thoughts on “The Met and The Museum of Natural History”