My next post will be about the football, or Fußball, of Munich. It has two teams, one of them the leading Bundesliga winners and the other in the relegation zone of the Bundesliga 2. One, FC Bayern München, is arguably the best team in the world, and the other, TSV 1860 München, isn’t even one of the top 30 teams in Germany. FC Bayern has players such as Robert Lewandowski, David Alaba, Mario Götze, and Franck Ribery. 1860 München has Rubin Okotie, Sascha Mölders, and Daniel Adlung.

Bayern have reached the UEFA Champions League semifinal 10 times, and won five times. Bayern have one the league 25 times. They have won the Deutscher Pokal (German Cup) 17 times. Their biggest win was against Borrusia Dortmund. The final score was 11-0! Their most famous managers were Franz Beckenbauer, Louis van Gaal, and Pep Guardiola.

Turn- und Sportverein München von 1860 was not actually made in 1860. It was made in 1848. They were almost relegated to the Bayernliga last season, which is the third division. They are currently in 14th place, facing another relegation playoff. They were one of the founding fathers of the Bundesliga. They won one title in 1965-66, but no others. Meanwhile, their neighbors are racking up their 26th Bundesliga title. 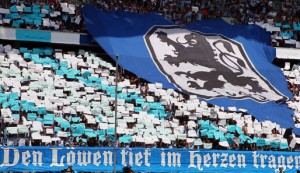 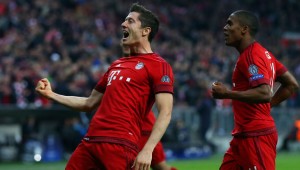