The first bulletin in this weekly news post happened a couple weeks ago. Sorry!(from now on, look for this post on Sunday.)

The World Cup, the world’s most famous soccer competition, will expand from 32 teams to 48. It will not happen immediately, but will instead come into action during the 2026 World Cup. In the previous World Cups, the way that teams moved on to the second round was through the group stage. There were four teams in each group. Whoever finished first and second moved on. With the expansion, that won’t work well. There will have to be a different system that will be announced sometime in the future. Strangely, the expansion’s reason is for money, says a sponsor. There are 234 national teams, but only some of them are recognized by FIFA. How could that be, when there are only 195 countries? Well, some islands, such as Martinique or Curaçao, have national teams. Martinique is owned by France, and Curaçao by the Dutch. 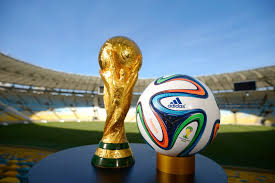 On Saturday, January 20, the new U.S. President, Donald Trump was sworn in to office. He will stay there until at least 2020. His inaugural speech took place outside the United States Capitol Building. No official numbers have been released, but it doesn’t appear that as many people attended it as former President Obama’s first inauguration in 2009. He ended his speech by saying that he will “Make America Great Again.” It will be interesting to see how the next four years will go. 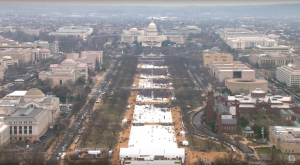 Baboon Calls May Tell Us About Human Speech

When you listen to a baboon’s calls, it might seem like a bunch of random sounds. But, if you listen carefully, you will hear vowel-like sounds, exactly like humans make. This tells us that human speech originated much earlier than previously thought. The reason that scientists thought it originated later was because monkeys have very high larynxes. Larynxes are what we use to pronounce words. Humans have lower larynxes. So, are these monkeys turning human? 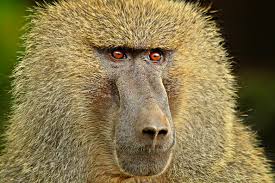