To kick off the New Year (Happy 2017!), I am doing a new addition! A weekly news update that I will post every Friday! Without further ado, let’s get to it!

A mysterious signal coming from space. 3 billion light-years away, a communication from aliens might be found. Sounds sci-fi, doesn’t it? But, all of that is true. Many scientists believe that it is not an alien community, though. The radio signal is called an Fast Radio Burst (FRB). Only 18 FRBs have been recorded. This one was the only one to repeat. According to some scientists, it might be very different from the others because of this characteristic. Could it be a first communication with ET? We don’t know-yet. 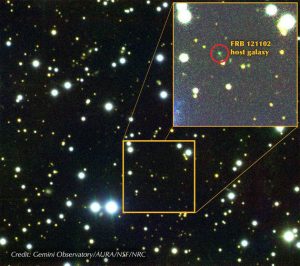 Next up, technology. LG, a company that makes every kind of electronic imaginable, has just come up with something that’s hardly imaginable. A new bendable TV screen, and chore-performing robots. This is just about the robots, so click on the link for info on the screen. OLED TV. The company’s robots (the name was not shared) are often used for cleaning, but this new one is used for lawn-mowing. It is the first non-cleaning robot made by LG. It has sensors in front of it to recognize if hedges or other lawn decorations are in front of it. LG also showed off robots made to clean the floors and escort you around. You scan your boarding pass using the “Airbot” and it will tell you about your gate and what the weather is like at your destination. 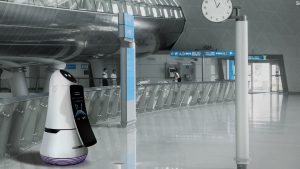 In the Weddell sea, there is a big ice sheet called Larsen C. There is a very large crack in between it and the mainland, though. In fact, this sheet is the size Delaware. When it breaks free, it will add 10 centimeters to global sea levels. “I think in terms of the impact that the iceberg has on the ocean, it’s a very spectacular event but its not going to be a huge thing in itself — the iceberg is big but the oceans are a lot bigger,” says researcher Martin O’Leary. When it collapses, it will be the third “Larsen” ice sheet to collapse, after Larsen B in 2002. 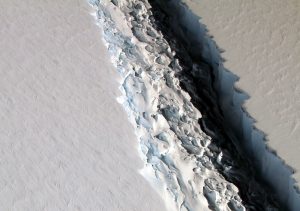