Now for the biggest city in Oregon, Portland. It has been called Puddletown, Stumptown, and Bridgetown. Hey, no one said that city nicknames had to be creative. Portland has been known as one of the greenest cities in the world. It even has the smallest park in the world, Mill Ends Park. Portland has more literate people than any other city in the USA! It also has the biggest bookstore in the world. It has the largest urban wilderness, Forest Park, at 5,157 acres. How many of you use Wikipedia? Portland is the birthplace of it. Here are some awards handed out to Portland for it’s awesomeness. 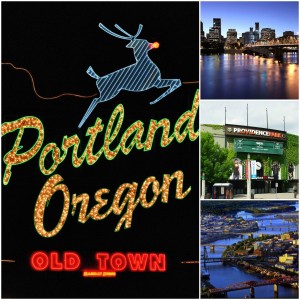