Rockefeller Center is a complex of commercial buildings in Midtown. It is home to Top of the Rock Observation Deck, Radio City Music Hall, and MoMA. But it’s main claim to fame is it’s Christmas tree during the holiday season. The tree is a tradition started in 1932. It has kept going since then, and Rockefeller Center is now the most visited site in the city during the holiday season. The tallest tree ever was 100 feet tall in 1999. The ice skating rink is a was a sunken plaza turned into an ice skating rink. The main building is the Comcast Building, or 30 Rock. It is the home of Top of the Rock Observation Deck, which is the Rockefeller Center observation deck. Top of the Rock is a 2-story observation deck with great views of the Empire State Building and Central Park. You can see all the way into The Bronx! Below are some pictures from Top of the Rock.↓ 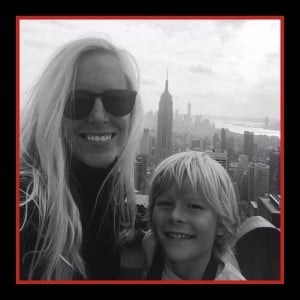 Top of The Rock with my mom 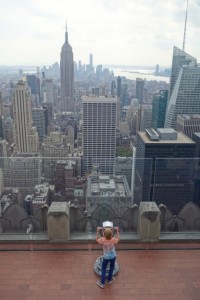 Looking at the spectacular views