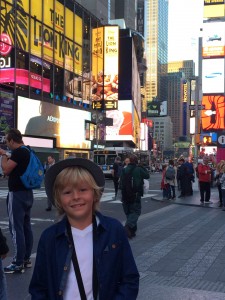 The Crossroads of the World! 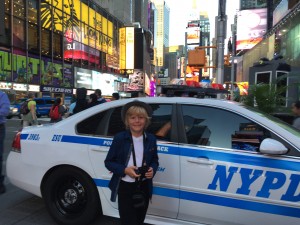 Times Square is located in Midtown Manhattan on Broadway between 42nd & 47th Streets.  It is the center of the Theater District.  It is one of the world’s most visited tourist attractions.  The Good Morning America studio is there, along with other major companies. On New Year’s Eve, the ball is dropped from Times Square.  Times Square is featured in many movies such as Spiderman, Ghostbusters, and Transformers.  It was so bright and noisy that even after we finished the show late at night, it still looked like it was daytime. 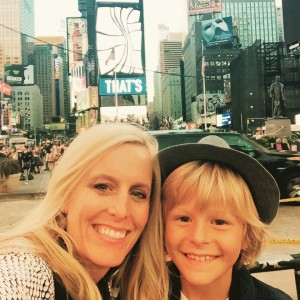 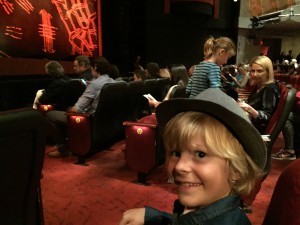 We saw the Lion King at the Minskoff Theater.  The Lion King opened on Broadway in November 1997.  It won Best Musical in 1998.  It is the 18th year of the Lion King and has been played in 21 countries.  Over 75 million people have seen it worldwide.  I loved the show.  My favorite characters were Mufasa, Simba, Nala, and Zazu.  My seat was on the aisle, near the stage. When the characters came down the aisle to the stage, they came right by me! The costumes were really cool. Some of the songs were “The Circle of Life” and “I Just Can’t Wait to Be King”  by Elton John, “They Live in You” by Mark Mancina and Jay Rifkin, and “King of Pride Rock” by Hans Zimmer.

Have you seen “The Lion King”?

4 thoughts on “Times Square and “The Lion King””